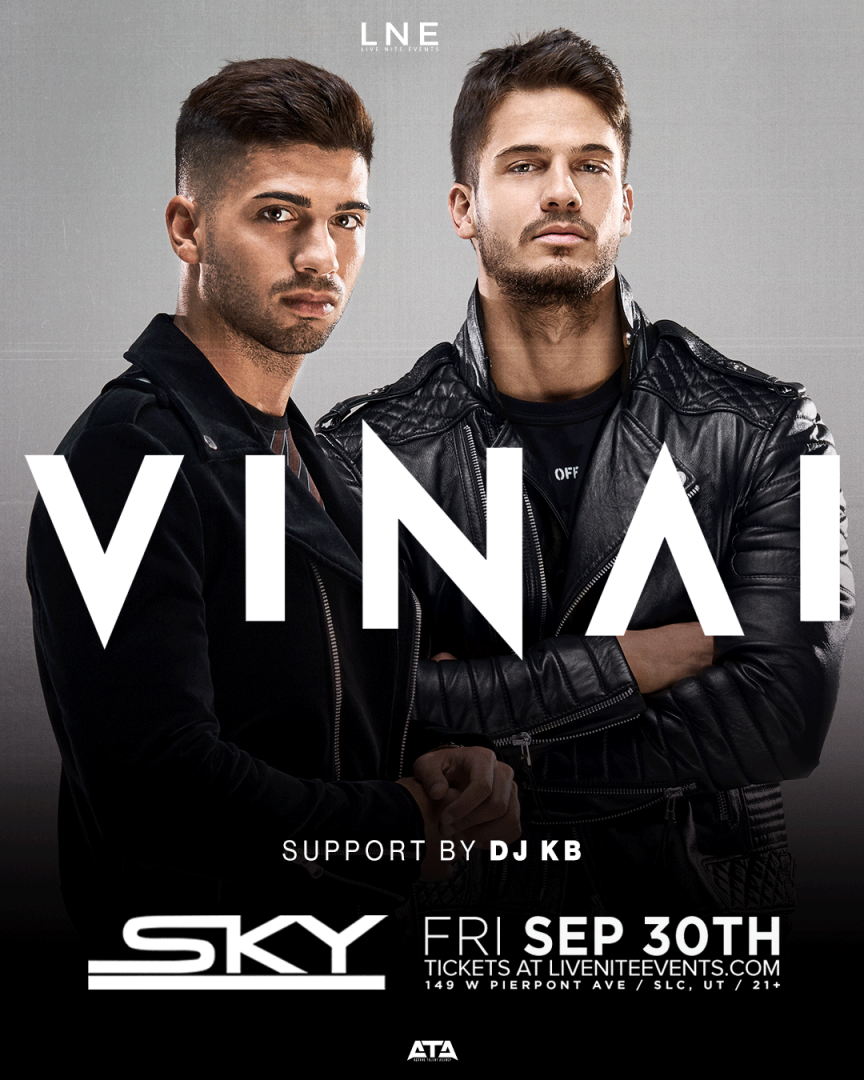 The vibes will be massive for this show, let's BOUNCE!

Italian brothers Alessandro & Andrea Vinai are two producers that joined forces in 2011, conquering the worldwide scene with fierce progressive and catchy house grooves, known as ‘big room bounce music’. Definitely a name for the future, VINAI is only making bigger waves these days.

Born in Brescia the two brothers Alessandro (1990) and Andrea (1994) initially work on their own music. In 2011 they join forces and make their way into the studio, two years later resulting in their signing with Time Records to release the bomb track ‘Hands Up’ which receives support from top international artists like Tiësto, Showtek, DVBBS, MAKJ, Nari & Milani, Deorro, Quintino, Deniz Koyu and Danny Avila. What follows is their remix for Don Diablo, the Axtone release called ‘Starlight’ which is played by DJs like Sander Van Doorn, Pete Tong, MAKJ & La Fuente.

After a series of releases and collabs, VINAI joins world renowned Dutch label Spinnin’ Records in 2014 and quickly comes up with its greatest hit up till then, the collab with Canadian duo DVBBS titled ‘RAVEOLOGY’. Originally surfacing as a ‘track ID’ the song generates a huge amount of hype before being revealed a DVBBS and VINAI production.

From then, ‘RAVEOLOGY’ grows into a solid anthem for the worldwide dance generation, getting huge feedback from the world’s biggest DJs including Martin Garrix, Afrojack, Hardwell, David Guetta, Dimitri Vegas & Like Mike, Diplo, Showtek, W&W, Sander Van Doorn, R3hab, NERVO, Ummet Ozcan and many more. The full version of ‘RAVEOLOGY’ is premiered on Billboard, the world’s biggest music website and in less than one week reaches #1 of the main Beatport chart.

After this massive club hit, VINAI releases ‘Bounce Generation’ together with TJR. It’s the most played track during WMC and Ultra Music festival and reaches the number 1 position on Beatport after five days from release, keeping that spot for 14 days in a row! Due to a lot of radio support and promotion, ‘Bounce Generation’ exposes VINAI all over the world.