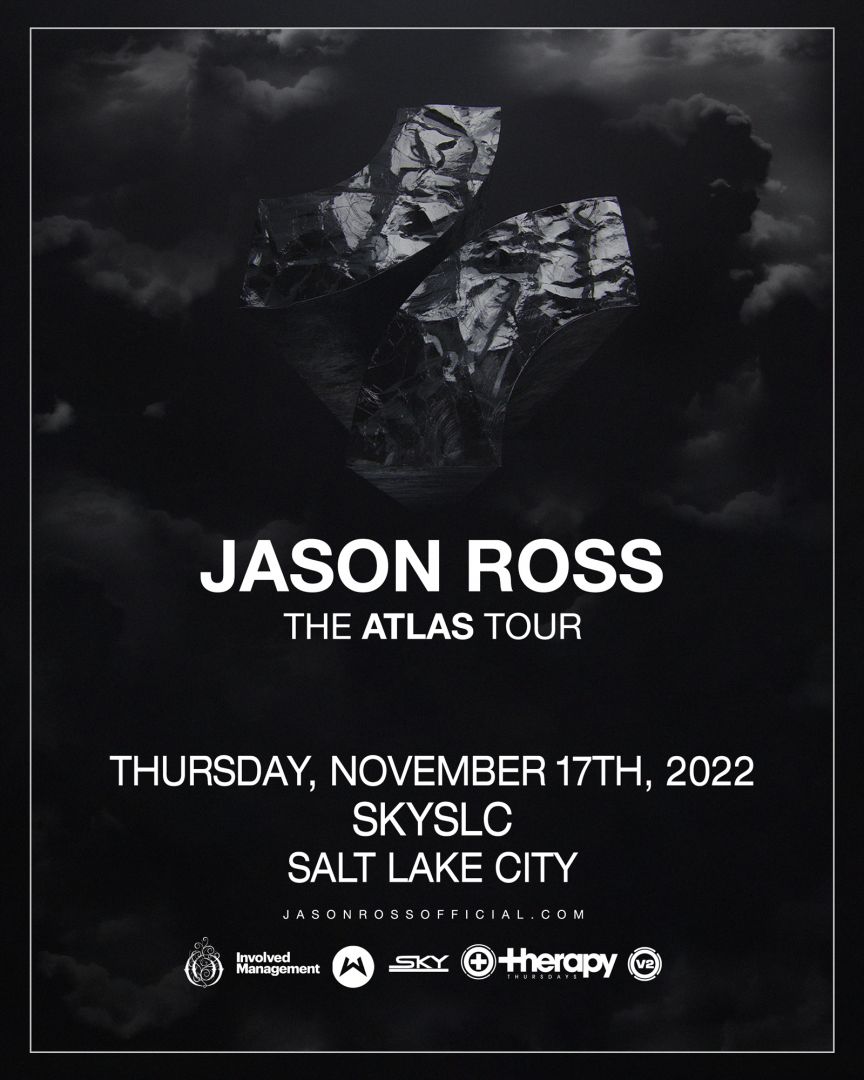 Join him at on November 17th to experience the lush sounds and immersive experiences that come alive at Therapy Thursdays.

Jason Ross
Jason Ross’s footprint as a diversified electronic music artist continues to grow deeper. He’s produced with Seven Lions on their anthems ‘Higher Love’ and ‘Ocean,’ collaborated with Above & Beyond on remixes, and played some of the world’s most renowned venues like Red Rocks, The Gorge and The Hollywood Palladium. His tracks have received support from prominent producers including Armin Van Buuren, Slander, Kaskade, Avicii and many more.

Continuing on an active 2020 that saw Jason release an album, as well as multiple livestream projects, 2021 has been no less busy. Jason released a 4 track EP in May titled Convergence, featuring the standout singles One More Day with Blanke and Chandler Leighton, and Wild Ones with Nevve. He now embarks on a tight weekend club run in support of the EP in late summer.

Through the hardships of 2020, Jason thrived on the back of his highly successful release schedule, releasing with Seven Lions’ Ophelia Records and Anjunabeats to considerable fanfare. He started the year by releasing his debut artist album, 1000 Faces, that features prominent bass music collaborators such as Seven Lions and Dabin, and vocal collaborators and writers like Melanie Fontana, RUNN, and Dia Frampton. To date, the record has amassed over 16 million streams on Spotify. Jason also hosts his own Twitch mix show in partnership with the biggest music channel on the platform – Insomniac, every Monday night.

2019 proved to be a massive year for Jason as well. He kicked it off with his 6-track Rooms EP, showcasing his mastery of production across genres while preserving the emotive qualities of his music. Outside of his album, he continued to showcase his broadened sound through eclectic releases like ‘Shelter (feat. Melanie Fontana)’ on Ophelia, a remix of Above & Beyond’s ‘Sahara Love,’ and an acclaimed remix of Gryffin and Slander’s ‘All You Need to Know (feat. Calle Lehmann).’

Jason’s touring schedule has never been busier. After finishing last year as direct support on Seven Lions’ “The Journey 2 Tour,” he began this year with his largest headline tour to date in support of ‘Rooms.’ Fresh off his 16 date tour, Jason co-headlined Anjunabeats NA shows with plays at iconic venues like the Hollywood Palladium and Brooklyn Mirage. His summer will conclude with sets at the massive Alchemy tour, in support of NGHTMRE + Slander, Seven Lions and The Glitch Mob, as well as Electric Zoo in New York.

With such a bevy of diverse music and shows in his pipeline, Jason continues to further his momentum as one of the most exciting producers in the scene, with even more to come before the year concludes.