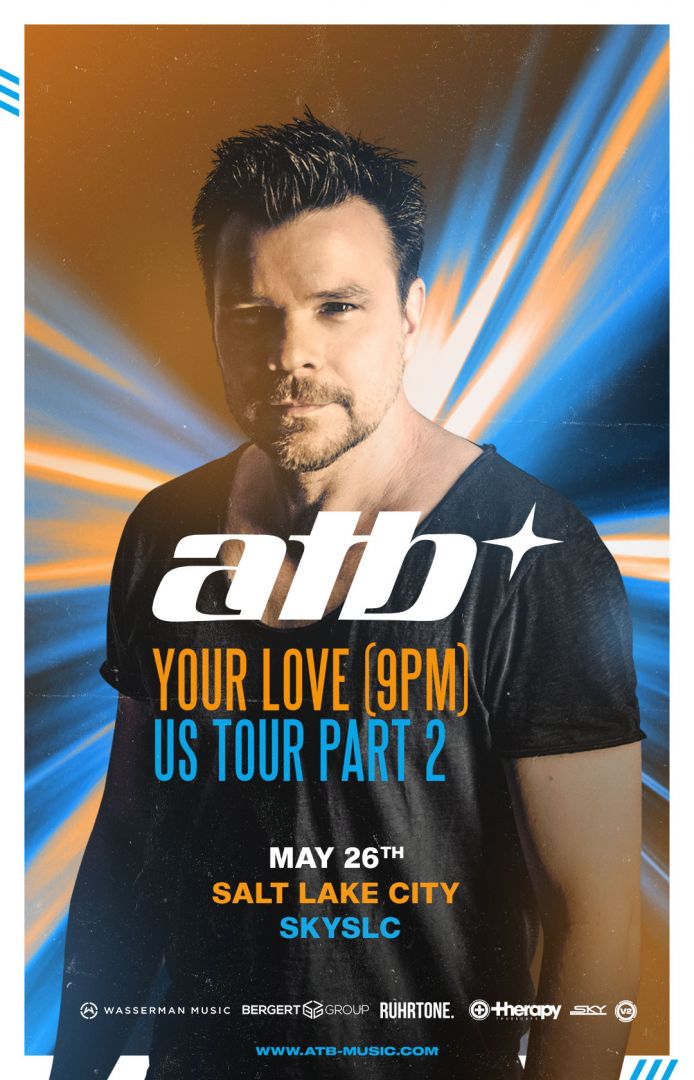 To make up for ATB's previously rescheduled date in October 2021 - the legend is back on the "Your Love (9 PM)" tour on Thursday, May 26th!

All previously purchased tickets will be valid for this rescheduled event.

ATB
Producer, DJ and songwriter ATB – otherwise known in the real world as Andre Tanneberger – can look back on 20 extremely successful years in the international music business. The arrival of his new double album neXt allows us to share his equally promising vision of the future. Andre Tanneberger’s sharp rise to excellence began in the mid 1990s when his debut single 9 PM (Till I Come) shot to the very top of the UK charts and scored top 10 successes in many other countries around the globe. His creative spirit continued to flourish with an impressive string of hits like Ecstasy, Let U Go, What About Us, Move On and When It Ends It Starts Again. Gold and platinum awards in numerous territories underlined his status, mirrored by his constant presence in the prestigious DJ Mag Top 100 rankings for a decade and a half. ATB is one of just a handful of musicians to have emerged from the German club scene to become worldwide superstars – from Australia to Asia, Mexico to Poland, Russia and, above all, in the USA.