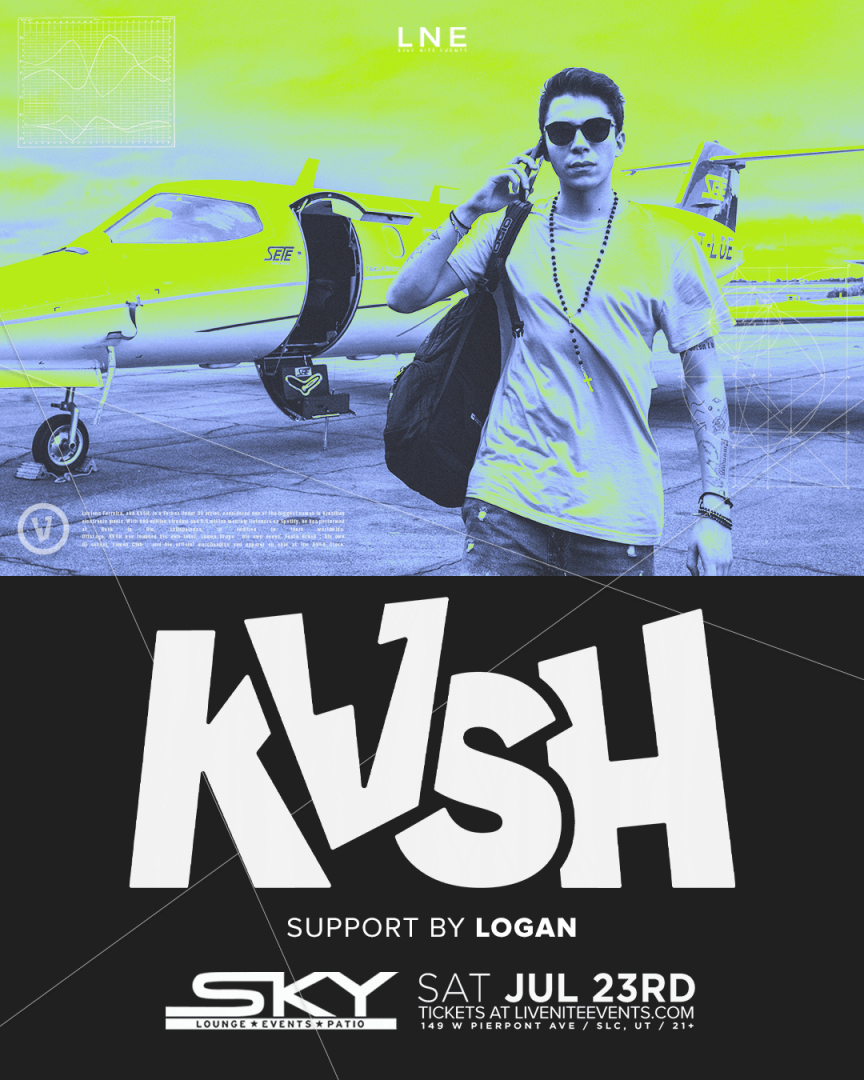 Get Tickets
COUNTDOWN: DAYS | HOURS HRS| MINUTESMIN | SECONDSSEC
Details
A DJ on the Forbes 30 Under 30 list, and one of the biggest names in Brazilian dance music comes KVSH - hitting the Sky SLC stage on 7/23!

Luciano Ferreira, aka KVSH, is a Forbes Under 30 artist, considered one of the biggest names in Brazilian electronic music. With 600 million streams and 5.5 million monthly listeners on Spotify, he has performed at Rock in Rio, Lollapalooza, in addition to tours worldwide.

Offstage, KVSH has founded his own label, Lemon Drops ; his own event, Festa Krush ; his own DJ school, Lemon Club ; and his official merchandise and apparel on sale at the KVSH Store.


KVSH celebrates the global success of the single “Sicko Drop,” which went viral in more than 30 countries, including the United Kingdom, United States, Netherlands, surpassing 45 million plays on Spotify, 250 million views on Tik Tok, and 350k searches on Shazam.