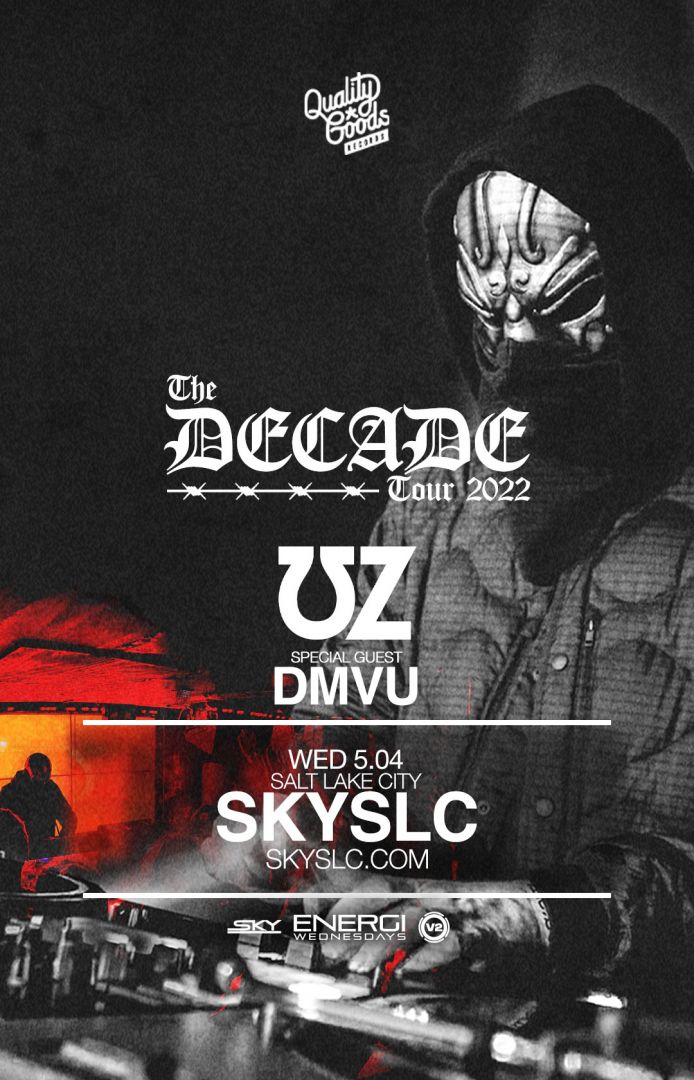 UZ hits the road this spring, celebrating 10 years of Trap!

Until 2017, UZ was considered something of a man of mystery. His alias emerged into the world of constantly evolving bass music back in 2012, and his intense musical creativity has kept fans guessing ever since.

With close to 200 releases under his belt as an artist including his groundbreaking ‘Trap Series’, it was revealed that UZ is also house/garage alias Plezier and World Champion Turntablist DJ Troubl, previously dropping sounds via Moda, Strictly Rhythm and Brownswood Records.

As UZ, he has collaborated with the likes of Ice Cube, Boyz Noize, T-Pain, Rome Fortune and DJ Shadow, releasing on Mad Decent, Boys Noize Records and Mau5trap, to name just a few. His international touring schedule continues to take him across the globe several times over, and he is increasingly in demand from prolific festivals such as Coachella, Sonar, Ultra, Stereosonic and EDC. A fresh rebrand in 2018 unveiled a new mask, visuals as well as an immersive tour titled ‘The Rebirth.’

In 2019, his innovative platform Quality Goods Records will celebrate its 3-year anniversary and it’s a platform that allows UZ to hone his taste making and A&R skills. It has pushed the sounds of Oski, TYNAN, Nitti Gritti, sumthin sumthin, Ian Munro, UNKWN and Montell2099 as well as two of his own Albums. The man himself marks seven years as UZ this year – let the next thrilling chapter commence.

Must be 18+ to attend.SKY SLC is a live music concert venue, nightclub, and event space and in downtown Salt Lake City.

All items are non-refundable, all sales are final. Must be 18+ to attend.